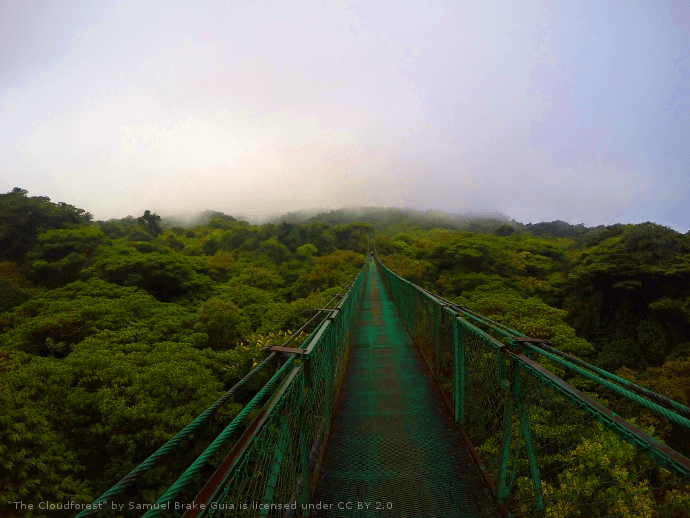 The route to Monteverde

Monteverde is a popular location that people often ask about driving to. Driving in Costa Rica can vary greatly from location to location. Because of this the focus is on tips for driving in specific areas.

One of the most common routes to Monteverde is by taking route 606 and 142. When taking these routes the conditions will be similar to prepare for. You will experience a small portion of your trip on paved roads but the majority will be dirt.

Regardless of what part you are on avoid driving at night. The roads are narrow, unmarked and have step inclines. Because of this is it especially difficult to navigate at night. Which is a general rule across most of Costa Rica.
The roads are not the best condition, however they are drive able. Generally the dirt roads are not bad and maintained. Though the weather can change that at any point during the year. Rain can often cause very large mud holes or land slides. So always take care and drive slow to Monteverde.

You will experience an average speed of around 20km for the majority of your trip. The upside is that you will be surrounded by beautiful scenery while on your trip. Most of the route is surrounded by rain forest and rural towns. It is not especially dangerous either to stop and take photos.

A four by four vehicle is recommended for this trip. The main reasons being that you never know what quality of roads to expect. Also since you will have many steep inclines up dirt roads having all wheel drive is going to make your drive much easier. It may be possible to drive a sedan or smaller vehicle, but you may risk having impassable mud holes or have difficulty climbing many hills.

Erika Hering
targetcarrental.com
06/16/2017 Tourism Erika Hering 0
Corcovado Changes, the Good and the Bad
Save Money when Traveling to Costa Rica