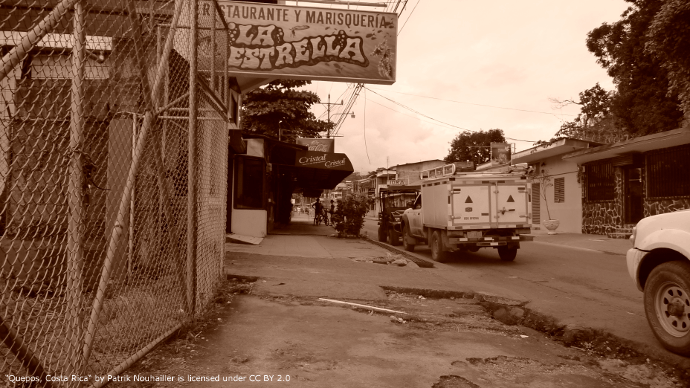 Improvements to roads and traffic systems in Costa Rica

The roads in Costa Rica are now getting a much needed improvement. Recently Costa Rica passed a new bill to replace the National Highway Council (CONAVI). This bill will create a new group responsible for overseeing all public roads across the country.

This is great news for anyone planning to travel in Costa Rica. Especially if you are planning to drive! Many roads across the country are long overdue for being reconstructed. It´s very common to find roads that are filled with potholes or completely impassable. Traffic jams are also very common at the moment and this bill hopes to alleviate some of the issues.

Also many roads across Costa Rica do not have basic features such as paint, reflectors, shoulders or sidewalks. This bill aims in making driving in Costa Rica much easier and enjoyable.

The Director of the Costa Rican Chamber of Construction has plans to not just improve the road quality. The director has stated that the entire system must be redesigned from the ground up.

Hopefully this bill will also begin to allow more places in Costa Rica to feature a typical address. Very frequently an address to a location would be “300 meters north of a popular landmark”. So as you can imagine makes driving and finding locations in Costa Rica to be quite difficult. This is big part of the reason that a GPS is essential for travel in Costa Rica as well.

The agency has promised to provide transparency when reconstructing the system. However Costa Rica has already seen a large number of issues with increased traffic on a lot of the areas being addressed. The La Platina Bridge for one has been giving drivers a lot of problems. This bridge is one of the main routes between the San Juan airport and San Jose. The agency has promised to widen this bridge to 6 lanes.

During the construction the bridge has been closed for several 24-hour periods as well as schedules closing in the mornings. This has made it very difficult for many drivers to get back and forth to work especially early in the mornings and during rush hours.

Be sure to check for any known traffic issues on your trip to Costa Rica. These outages could cause huge delays in your travel plans or even require you to miss a reservation. If you are planning to rent a car for your trip you can contact Target Car Rental to get advice on how to best reach your destination.

Erika Hering
targetcarrental.com
03/02/2017 Curiosities Erika Hering 0
Why Should You Rent a Car in Costa Rica?
Costa Rica the Most Green Country on the Planet